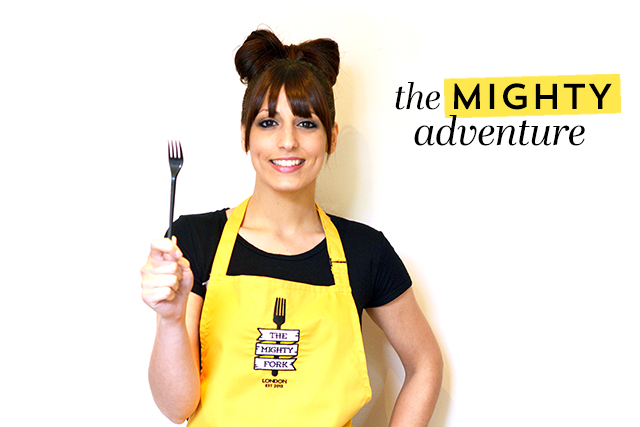 Some of you may know me from The Mighty Fork (holla!), but in case you don’t, it was a plant-based street food business selling vegan hot dogs in and around London from July 2013 to March this year.
Alongside moving to the UK nearly 3 years ago, quitting my job and opening a small business were the craziest things I’ve ever done! I’m glad I had the support of my husband, because otherwise I don’t think I would have been able to do it on my own.
The risk we’ve taken proved to be minimal comparing to the meaningfulness of the outcome, to the point of wanting to further expand the business.

Unfortunately, we had to make the tough decision of putting The Mighty Fork on hold for an undetermined time and here’s why…

We had a business plan for the next couple of years. We wished to move away from street food and expand to a small brick-and-mortar location. In the beginning of the year, we saw a few properties, I started daydreaming and even made sketches of how the interiors would look like and laid out a sample menu for the café. Oh, the excitement!

Several days into negotiating the lease, we began looking closely at numbers and how our personal finances would pan out in the next couple of years. We drew a few scenarios, but all of them involved investing literally everything we had into something we didn’t really know if it would work out. We’re not millionaires or trust fund kids. I don’t know anyone who is. We’re young adults who worked hard all our life in order to make our dreams come true. Getting a loan was out of the question. It is hard if you’re doing it on your own with no help from investors. It is especially hard if you’re making it in London, one of the most expensive cities in the world, where rents are sky high.

Seeing all those financial spreadsheets hit me like a punch in the face, I couldn’t sleep for days. We were so close and all of a sudden, it no longer felt right. I spent days questioning what were my priorities in life and doubting everything. Will it work out? Is there actually a market for our concept? Will we be able to afford a family in the future? We were at a crossroads.
It broke my heart to know that realistically our dreams couldn’t be reached, and if we moved forward our personal goals would most certainly be jeopardised. At least at this point of our lives. So unfortunately, for the time being we don’t have further plans for The Mighty Fork.

I let this sink in for a couple of weeks, until I finally had the courage to make the official announcement on social media. I was moved to tears to know our customers held us so dearly, the support we received was immense, and I’m ever so thankful for that. I like to keep things in the open though, we may or we may not eventually return in the future. I simply don’t have an answer for that yet, but that’s the beauty of life. 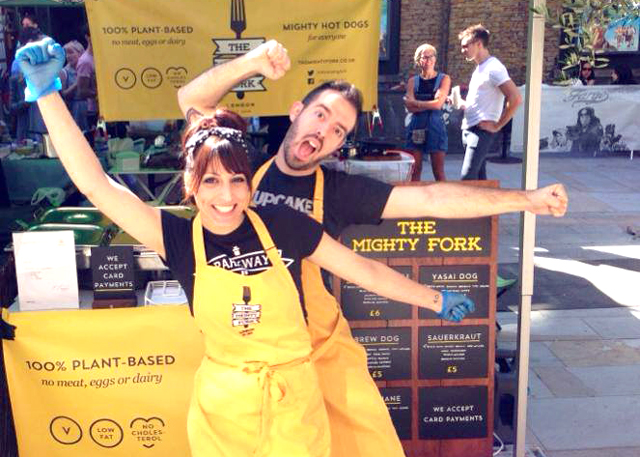 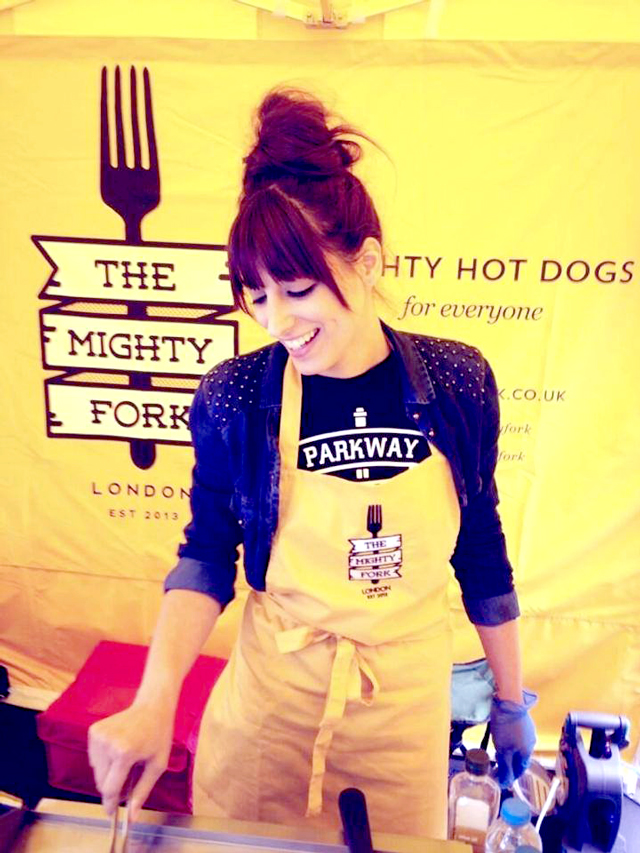 Doing street food was an amazing experience, we had so much fun getting to know so many people and even made new friends. Looking back, opening a business was one of the best things I’ve ever done. I encourage you to go for it if that is something you aspire to do. Know that there is no right time and you’ll never be fully ready. In fact, I’d actually say the sooner the better. I won’t lie – it’s challenging but overly rewarding in so many unexpected ways and I would definitely do it all over again without blinking. No regrets.

If you have a great idea and think it’s good enough to start a business, my biggest advice would be to do a trial run so you can have a clearer perspective and understand if it would work out in the long run. If you start small, the investment will be minimal whilst keeping the risk as low as possible, and it’s a good way to climb the ladder to success whilst keeping everything under control.

How do you feel about opening your own business? Do you have any business ideas that you’d like to explore?

Feel free to comment below or drop me a line if you have any questions! I’d be more than happy to help.

I'm Rita, a lifestyle blogger, married to my best friend. cat mama & vegetarian making the most out of life.